After just one project, the experience is not all that great. Rebooting FCP seems to fix the problem for a while. Some of my final quicktimes H had frozen frames and glitchy audio. Deleting renders and re-exporting didn't help. Had to export uncompressed and use Compressor. Sending straight from the timeline to compressor was giving "out of memory" errors. It has just been one project, but my settings have been the same that I have used regularly in this same system for a number of years ProRes HQ , and never came across any of the above.

I will reinstall Final Cut Studio before the next project, and see what happens Updated to I have also changed the energy saving settings so the computer doesn't switch between GPUs, but that didn't do it either. Another thing I have noticed.


No matter what drive I set as my scratch disk, Final Cut will always create a second set of folders inside the user's documents folder. Anybody else seeing this? It's slower overall, on a MBP 2. Which is to be expected with an older machine. However, a fresh Snow Leopard install is more serviceable. You can edit with Lion on this machine, but the video drops too often for fine cuts. Bumped up to Lion from I couldn't navigate along the timeline without "preparing video for display" popping up every time I moved the playhead, and the general response time was exceedingly slow.

When I tried to play a sequence, there were drop frames galore, even on clips without filters. I did a fresh install of FCP on top of Lion, and there was no change. Currently I'm cutting a film shot on the Arri Alexa, using ProRes files not proxy with Nick Shaw's LUT applied to all, and prior to Lion I could play down unrendered clips without dropping a single frame - so I know it's not my system. I wound up backing everything up to an external drive, reformatting my hard drive, reinstalling Snow Leopard and all updates, then reinstalling FCP.

A time consuming pain in the ass, but I've noticed a small speed boost and most important, Final Cut is humming along. Bottom line: FCP seems to run flawlessly for some on Lion, while others are experiencing serious issues. I would resist the urge to upgrade, and stay with There are huge problems with certain plugins in FCp and Lion. Red Giant has posted a couple of issues with some of their plugins and Neat Video Denoiser is also having issues.

Basically after updating to lion FCP no longer saves information from plugins. So after you add the plugin and then quit FCP you have to reinitialize the plugin on whatever clips you used it on. I don't do much work with FCP at home, but I do a little bit for personal projects here and there. I could build the project fine and everything worked and rendered, however once I would close the file and reopen it, half the settings I changed on the plugin in the timeline were reverted back to the default.

After a lot of frustration, I emailed Noise Industries Support and here is what they said: I'm sorry for the inconvenience. The problem you're having is a known issue that appeared with OS X Lion.

When Final Cut Pro 6 or 7 are running on Lion, they "forget" to save certain parameter configurations. We've notified Apple of this problem, and we are hoping they will fix the issue in the near future. In the meantime, you have two possible workarounds: - Use Motion to set up the same animation, using the Photo Montage generators.

Motion supports the same effects as Final Cut Pro, and it is immune from the issue. I took that file to my work computer running Outside of the plugin though, I have had no other issues in the limited work I have done on my home machine. Apple G5 installation Discs And Manuals.

Now Available in the App Store

Format see all. Not Specified. Language see all. 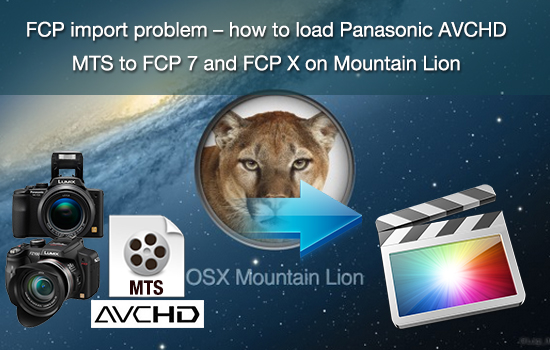